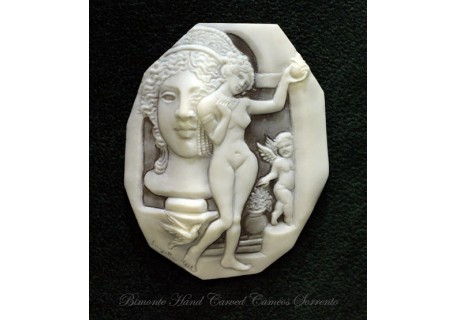 "Venus Domina" represent the Goddess Venus in all her forms:

In the center of the cameo "the sensuality of the body", the Goddess Venus holdes in the hand the

"Golden Apple" symbol of supremacy among the other deities.

The "Marble Bust" to the left  symbolizes the metaphysical form of the woman.

In the cameo aslo the Dove, animal sacred to the Goddess and the God Amore.

This cameo can be set according to your request.

All our creations are furnished with certificate of authenticity